Still going strong with the Vegan Challenge. We’ve been eating lots of beans and vegetables. My anti-oxidant levels should be through the roof. I feel good. No need for meat yet, though The All-Star explained to me this morning that eating meat makes him happy. I do believe that happiness is an important part of wellness, so we’ll let him have his hamburger on Day 31.

We finally took a trip to the Long Beach South East Farmer’s Market last Sunday. For $25 we scored a bunch of really delicious organic and locally grown fruits and vegetables. I bought some really inexpensive swiss chard that we still have plenty of. The strawberries were incredible, though must be eaten quickly as they are not long lasting.

Here’s a few pics of our awesome finds! 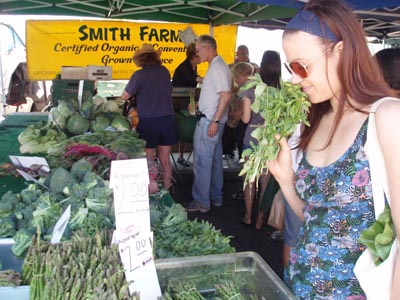 Amazing smelling basil – which I didn’t but buy will this Sunday- I sense vegan pesto on the menu for Monday! 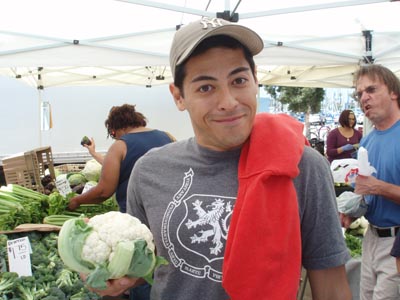 The All-Star loves his cauliflower! 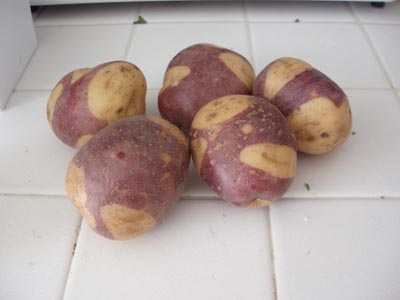 Crazy hybrid potatoes. The farmer said, “I’m the only one who’s got em.”  Lol, crazy farmer. 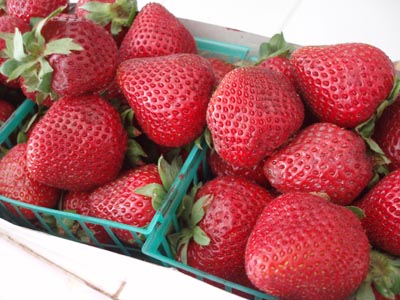 Nothing beats an Orange County strawberry! 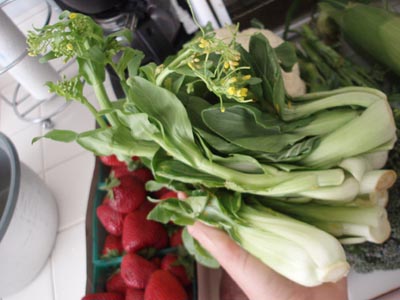 Baby bok choy, the last of it for this season – already starting to bloom? 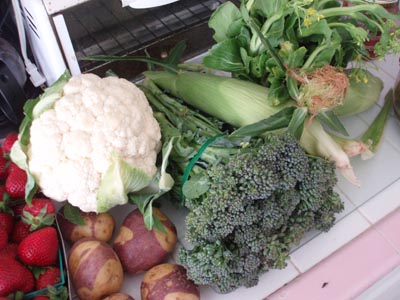 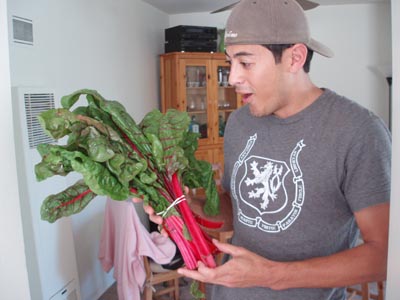 Twice as much organic Swiss chard for half the store price!

Lots of delicious veggie dishes this week, and one big baking success. I made another really awesome ragout. It was super fast and easy to make. It was just a large can of diced tomatoes, onion, sherry and assorted dried herbs. So simple and so good. I also added some chard ribs which I worried would make it bitter but did no such thing. I’m really excited about this ragout. The best part is that it doesn’t take hours to simmer like my Sunday Sauce does. I wish I had some pictures for you. You’ll just have to create your own visual. 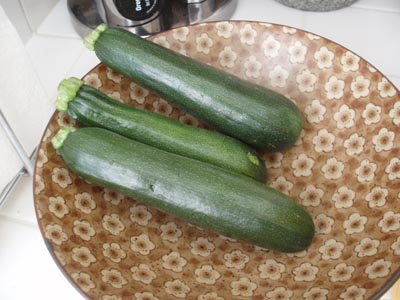 More zucchini from the Hernandez garden was turned into a fabulous zucchini bread creation.  I found the recipe on Hell Yeah it’s Vegan and tailored it to fit the diets of everyone at the office. Bob’s Redmill Organic Rice Flour to make it gluten-free and Ener-G Egg Replacer for those of us challenging to be vegan. There’s also a very similar carrot cake recipe that I’m dying to try. I just have to figure out how to make the icing. I’m leaning towards coconut cream.

The recipe on the website calls for vegan cream cheese which is soy based. Most vegans use a lot soy. Soy milk, vegan cream cheese, tofu are common replacements for their non-vegan counterparts. We’ve been using organic soy milk in our morning coffee but I’m starting to think this isn’t a good route for the Cultivate Your Wellness household. We’ve both had an headache for a few days and neither of us ever get headaches. My digestive system is definitely off, and he’s felt bloated since Sunday. I’m blaming our symptoms on a possible sensitivity to soy. Once the carton is done, we’ll switch to rice milk and see how we feel.

Food sensitivities seem to be on the rise in this county. I blame processed foods and poor diets but regardless of where you place the blame, modifying your diet is necessary so as to not reap preventable havoc on your health. If you have unexplained symptoms you may want to consider food sensitivities to be the culprit.  Trying an Allergy Avoidance Diet can give you insight into what types of foods you make need to omit. Gluten is a big one, as is soy. But it could be dairy, or corn, or even yeast. The only way to know for sure is to remove a food from your diet and monitor your symptoms. For more information on food sensitivities visit the World’s Healthiest Foods website.